As the son of a chemist, Erick Strauss was inspired to become a scientist, but when he graduated from the University of Pretoria in 1997, his chosen field of chemical biology was just emerging in South Africa. So the next year, he boarded a plane to JFK International Airport and headed to Ithaca, New York, to attend Cornell University, where he pursued a doctorate in chemistry and chemical biology studying coenzyme A biosynthesis.

The trip from Pretoria took more than 36 hours, Strauss recalls, and he had to take a bus and a taxi to get from JFK to Ithaca. That harrowing trip was his first visit to the United States. More than 20 years later, he tells the story of this adventure to encourage his students and fellow students to be brave and embrace the adventure of studying science.

After graduating from Cornell with his Ph.D. in 2003, Strauss was seeking a postdoctoral fellowship when a faculty position opened up in the Department of Chemistry and Polymer Science at Stellenbosch University, a leading bioscience research institution in South Africa. He applied and within months was establishing his own independent research program in chemical biology as an assistant professor.

Erick Strauss looks at the piping robot his team at Stellenbosch University was able to purchase after he received a 2021 Africa Grand Challenge research grant.

After five years, he moved to the biochemistry department at Stellenbosch as an associate professor, five years later he was promoted to professor, and this year he was appointed head of the department.

Strauss’s work has received over 2,200 citations, and three of his 10 most cited works were published in the Journal of Biological Chemistry (148, 122, and 80 citations). “My first publication as an independent researcher was an accelerated publication at JBC, co-authored with my first-year student,” he said. “I was very proud of that achievement.”

The administrators at Stellenbosch must have been proud too – they offered him the job.

“At the time, Stellenbosch was in an effort to deepen its research footprint by recruiting faculty with international experience who could contribute to that project and expand the scope of the work being done there,” Strauss said. “I felt I could have a greater impact by returning to South Africa and using my network to play my part in that project by creating opportunities for my students to attend international conferences and visit other groups research as part of bilateral exchange programs.”

This vision has allowed his students to travel to labs in the US, Spain, Italy, Australia, the Netherlands and India.

Over the years, Strauss has worked to improve the scientific network and biochemical training in South Africa. Recently, two postdoctoral students from his lab participated in the Synchrotron Techniques for African Research and Technology program funded by the UK Grand Challenges Research Fund. The START program, as it is called, provided protein crystallography training at the Diamond Light Source, or DLS, the UK’s synchrotron facility in Oxfordshire, and streamlined participants’ access to DLS as part of an initiative to grow the synchrotron research community in Africa . 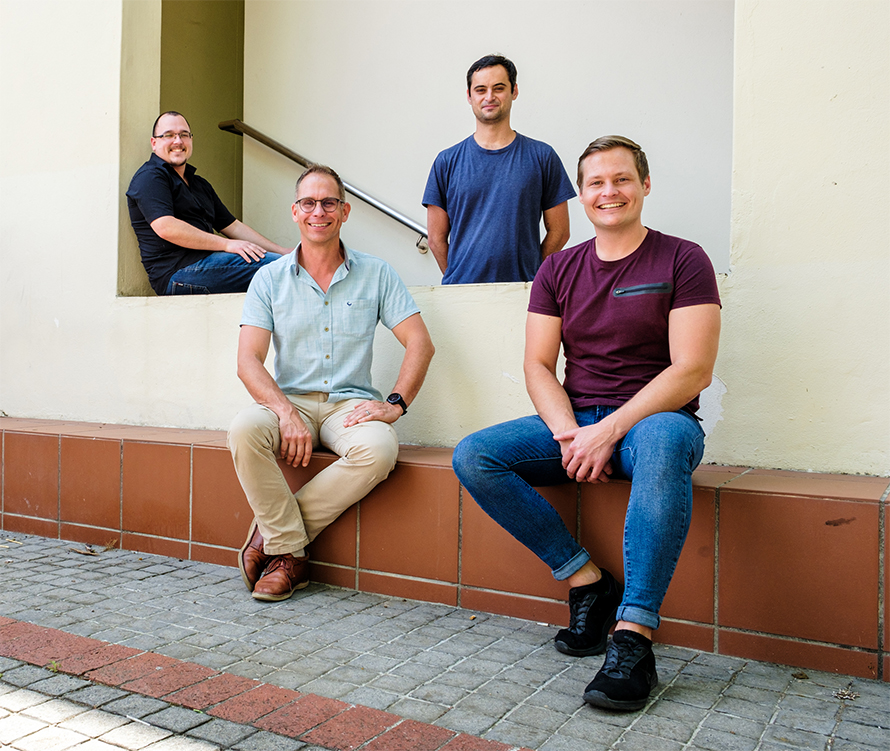 Erick Strauss, second from left, and the three researchers who worked on the Synchrotron Techniques for African Research and Technology/Africa Grand Challenge:

Strauss himself participates in XChem, a DLS-based facility that enables drug discovery using high-power crystallography to screen chemical fragments for binders that can be developed into inhibitory leads. As a result of this work, he received an Africa Grand Challenge research grant for 2021, which enabled the purchase of a piping robot that operated on open source principles.

Strauss aspires to combine state-of-the-art instrumentation and expertise bridging structural and chemical biology to provide practitioners in South Africa and other African countries with access to up-to-date drug discovery research.

“We see talent move from one side of the world to the other, and as avenues for more global participation open up, we’re eager to see how our growing talent pool impacts the international research scene,” he said.

“Africa also offers many other opportunities – clinical studies in groups that have been largely underrepresented, and collections of natural products that remain unexplored – that, with greater visibility, will attract more international collaborative interest. South Africa is positioned to lead these efforts.” 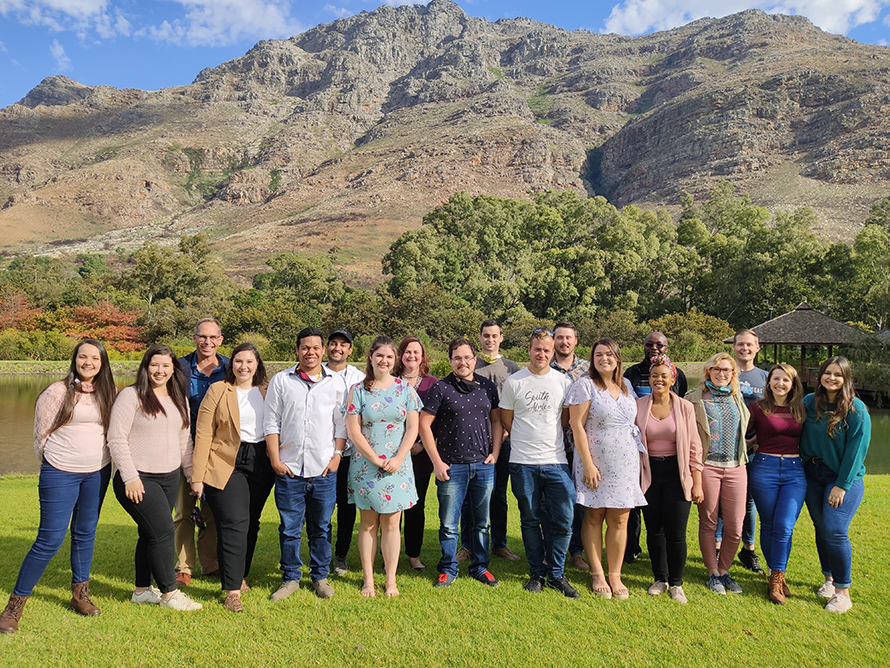